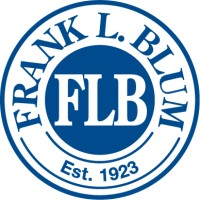 Frank L. Blum Construction, a commercial general contractor headquartered in Winston-Salem will invest more than $3.8 million and create 35 new jobs to expand in Winston-Salem. The company will relocate its existing headquarters operations from East 25th Street to a newly acquired office building located on Pilgrim Court. The company was awarded a $250,000 Building Reuse grant from the North Carolina Rural Infrastructure Authority (RIA) to support the expansion.

Frank L. Blum Construction was established in 1923 and has been a trusted building partner to owners for generations. The company’s portfolio includes iconic buildings in communities across North Carolina, as well as Virginia and South Carolina, where it also holds commercial general contractor licenses.

The $3.8 million project will include renovations to the property on Pilgrim Court. The company will keep its existing property on East 25th Street and plans to have some of its divisions continue to operate there.

The average salary for new jobs created will be $81,769. The company has a total workforce of 218 employees in North Carolina with about 130 of those positions located in the Winston-Salem headquarters.